This post has needed to be writtend for a little while, but I’ve been busy with the actual work of redesigning my website (in fact, I have a number of posts that are backlogged). This post will have a little bit of code (all of it CSS, rather than R), but mostly it’s just about my journey and things I’ve learned.

In Yihui’s introduction to blogdown he advocates for simpler themes. Specifically, he states

(specficialy the “Changing Stuff and Seeing What Happens” book, which is a little hard to see in the above)

When I first launched my website, I spent a long time looking at themes. I eventually settled on Beautiful Hugo, which is a port of Dean Attali’s Beautiful Jekyll. It’s really a great theme. It’s beautiful, it’s clean, and it’s actually relatively simple. This partly explains why it’s been so successful, with, at the time of this writing the original Jekyll version having 1,096 stars on GitHub and the Hugo port having 239 stars.

So if I’m such a fan of Beautiful Jekyll/Hugo why did I opt to change? There are three basic reasons:

Once I decided to adopt and hopefully modify a new theme I spent hours exploring themes. The process regularly reminded me of the paradox of choice, where I essentially became paralyzed because there were too many choices! There were always parts of different themes I liked but also parts I didn’t like. I even went so far as transfering my entire site to a new theme, then abandoning it – on more than one occassion.

Finally, I settled on the even theme. It had a lot of things I liked. I’m a sucker for fancy animations and the even theme has a lot. On the home page, you’ll see links underline from center on hover, the table of contents on posts (like this one) floats with the page, tags grow marginally, and when there are figures or images you can click to zoom and it will pull out in a nice panel where you can select which image you want to look at. All of this had me like 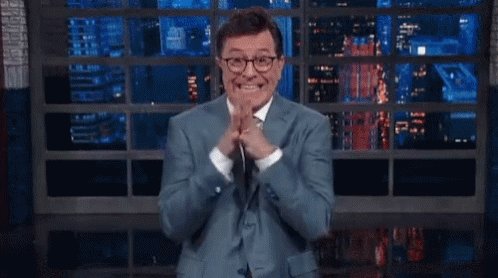 Of course, there were things I didn’t like too, or at least things that I wished were different.

My journey into the land of CSS (sort of)

If you look at my site compared to the example site for even you will see that they, obviously, look very different, although there are some strong similarities too. Interestingly (to me anyway), even usess a varient of CSS, called SASS. This led to some initial confusion for me because I had at least a tiny bit of understanding of CSS, but no idea what SASS even was (I’d never heard of it before). Basically, SASS just allows you to parametrize things a little easier and write more succinct code which eventually gets tranlated to CSS anyway (for a really basic intro, see here).

Some of the changes I made were easy. For example, I just had to change one line to get the background color to be different (which dramatically changed the look and feel of the site). Others were more complicated. For example, I really like sticky headers. Luckily, SASS makes this pretty easy, but it still took me hours to figure out, and then basically just as long to tweak it to how I wanted. The original code for the navigation bar looked like this

and I changed it to

This took a lot of trial and error, but eventually I got there. And that’s essentially the approach I took throughout. Try some stuff, see what happens, try again, and eventually settle on something.

I would not recommend the approach I took. I think Yihui’s advice is sound, and you should probably listen to him. That said, if you already know some CSS, then all this would probably have been a lot easier for you than it was for me. And, if you are trying to learn CSS, I think redesigning an existing website is a good strategy. It is sort of a trial-by-fire approach that is slow and can be frustrating, but also rewarding because you can (eventually) get everything the way you like it to be.